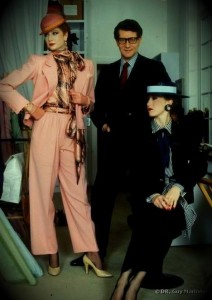 When I asked my London Agency, Laraine Ashton IMG, to arrange for me to spend some time in Paris, I had one thing on my mind, and one thing only. To work for YSL. I had wallpapered my bedroom with tear sheets from magazines, and most of these pages were of YSL clothes, or ads from YSL campaigns. My favourite of which is shown below. How beautiful is that model? It sort of encouraged me that she had a mass of really curly hair…Tick! 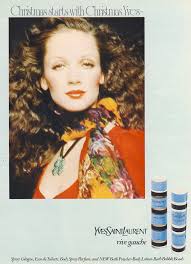 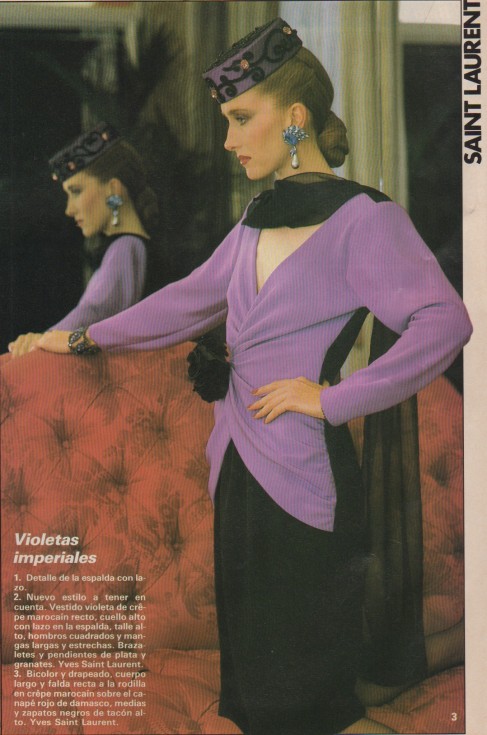 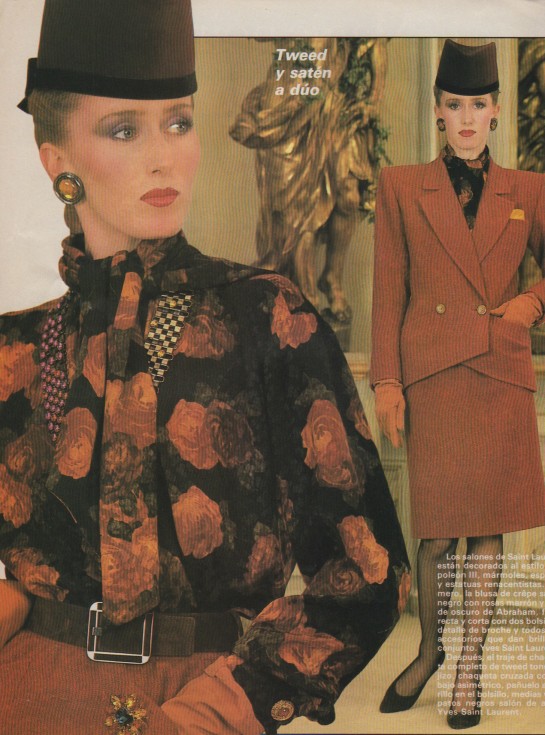 Truly, I got on that flight to Paris, arrived at my agency, rabbit in headlights, amazed at my own survival, was duly told to leave my cases and literally get myself over to YSL, 5 Avenue Marceau, Paris 75008. There was little concern from anyone there as to how I would manage this. I tripsy doodled my way over there, blown sideways by The Eiffel Tower, Place de  La Concorde and every single bum pincher on the Metro. They’re  a bit like the proverbial rats in London rumour, i.e. you’re never more than 6 feet away from one. Was met by incredibly charming people that summed up this wonderful French Designer. To a man/woman, all were sophisticated, dedicated, kind, inclusive and formed the inner sanctum and palace guard of Monsieur Saint Laurent. I was placed in a room, known as the ‘Cabine’, which is where models hang out, awaiting a summons to work. Here’s the thing. I was asked to take off my own clothes ( down to my underwear), and put on beautifully sheer black tights, worry, worry, and then given exquisitely  high, very high, YSL black suede court shoes. Quite daunting for an Essex girl. It went up a notch, I was handed an incredibly well laundered and starched, white lab coat… I said that I was fine to just slip my coat back on, if they were worried about my modesty. Turns out the lab coat was mandatory. When a model appeared before Saint Laurent, she appeared as a blank canvas. Even though I felt that I was waiting for a gynaecological consultation, it did confirm that I was very close to a genius and protocol would be followed.  When I trembled my way in to his design studio, he was gentle, polite, interested, concentrated and to me, a living legend. 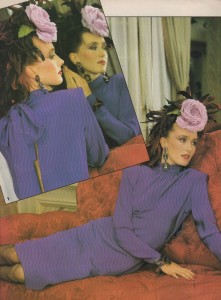 Yves Saint Laurent was the first designer to take a chance on an unknown skinny redhead on her first foray into the big girl world of fashion, Paris. The others followed.

Yves Saint Laurent was for me, the greatest designer that I’ve ever worked for. You’ve seen the list.

During my career, as an international Fashion model, I have clocked up a few miles on the world’s catwalks, sat in the make up artist’s chair for hundreds of hours, and  been teased, backcombed and groomed by hairdressers for the same number of hours. I’ve been  lucky enough to work as a model, for magazines, designers and directors in both beautiful, and mad places, shooting covers, and commercials. I am a style spy!